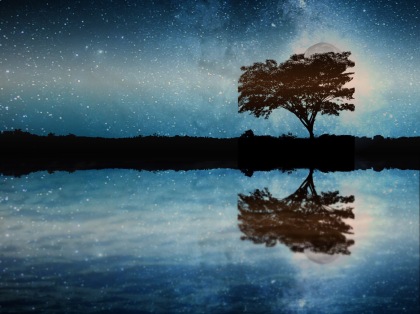 He floated and weightless. He sensed something inside. He try to calm his mind, but his heart pounding fiercely.

Motionless. The shadow erupted from his own. Silence.

His mind betrayed him, casting those forbidden spells.

The barren land shattered. The broken and burnt rocks dispersed.

We do not stand a chance, he thought. 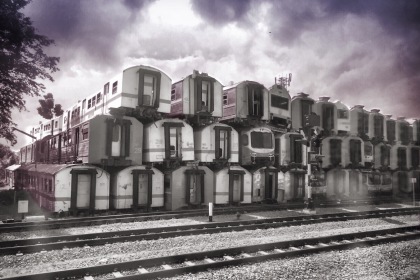 I was not sure when this picture was taken. All I could remember that it was a trip from Jakarta by train. This was then edited last week.

During the process of editing, those cars were somehow looked like Lego bricks, being assembled and constructed into something big. Didn’t they?

His reflection smiled back, but it was not him. He tried to shift his balance on his other foot, gazing away. His reflection screamed its desperate thoughts.

There was pain on the face of the man in the mirror.

He had been porting all over places. He kept back to the same spot, buckling his knee before his own reflection.

Mirror, mirror on the wall, he thought.

He stood tall at the edge of the rocks, fifty meter above the city. His face was dirty with dust and sweat. His hands were dark and wet, covered with blood.

He looked at the city below. He had witnessed it growing old, as old as the rocks. As old as him.

The rage of eternal fire burnt the city from below. Grey smoke rose ten thousands meter. Men and women were murdered and raped. Corruption, we breathed. Indifference, we smelled. The Gold were privileged few, living in their tower. The Grey struggled with the world, as the city was dying.

The rain had poured down, washing away the dripping blood from his wounded chest, as it healed slowly. The mark of his stupidity as he tried to save those Grey children.

This was his curse. A curse of immortality.

She turned her gaze away from him uneasily, looking at the dark clouds. She threw back her hood to reveal hair that was not white, but dark as raven with silver linings. The fringe of her hair obscured her face, swirling as an echo of the wind.

She was so close. The closest that she could be without hurting him.

She tried to smile, yet she dropped tears.

I have to go, she closed her eyes and faded into the air.

Rising to his feet, he walked slowly toward her silhouette. Sunrise blinded his sight but she as beautiful as he could picture in his mind.

She twirled the mist with her finger. She did not speak. She channeled her mind to the barren land that once was her kingdom. She smiled as she raising her hand. It was her sign. Her last act to resurrect this land. Her home.

He stood there until she dwindled from sight and he could no longer reach her mind.

Until the full moon. That’s how long I shall wait. Then I shall return for you, my love, even if I must fight my way past the shadow, he thought. 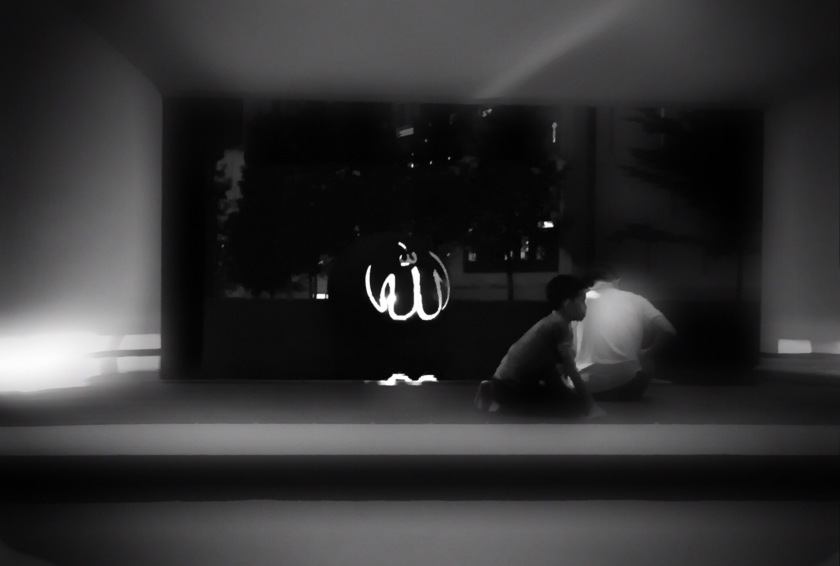 He stood silently, his face agitated. Anger, thick and evil, swirled inside him, making his hand shaken.

The dusk was falling rapidly as the wind swirling the sounds of adzan. It touched him inside, echoing the calmness. It subdued his heart beat that once was pounding fiercely.

He sat slowly on the barren ground. It’s him and his God.

Now I know, he thought and closed his eyes.